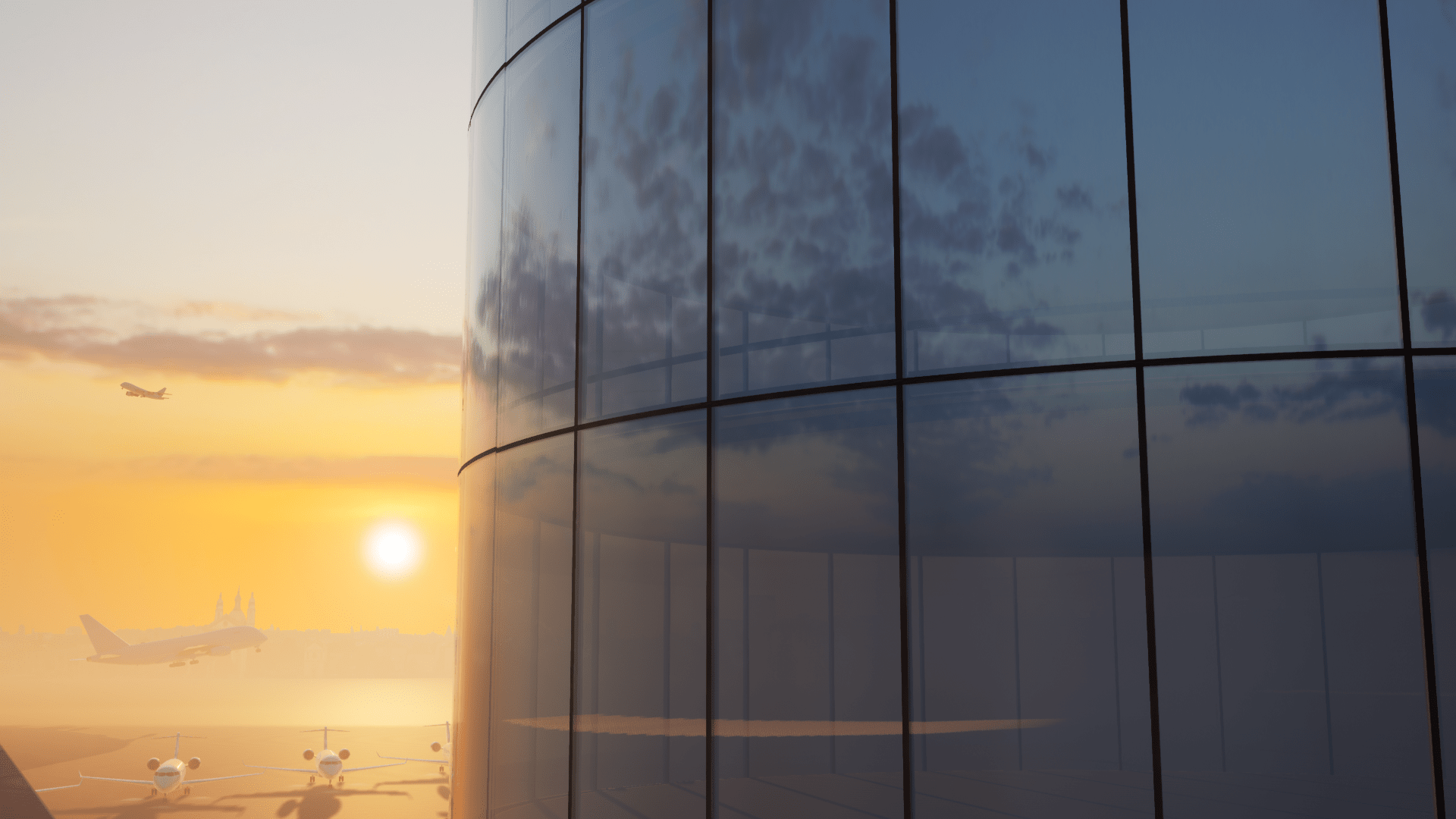 Conceptual modelling of the unitized facade of the airport terminal building.

Proper analysis of the task before it starts is a key point in any project challenge. This is the perfect time to measure the work that will be placed before the project team. It is at that point the scope of work and approach is estimated, which has an impact on the price and quality of the work.

At the first stage is important to define the need. In this case, the need was to work in the most optimised way possible, without unnecessary breaks to solve problems – both at design issues and during production and construction. This approach allows for a very smooth transition through the design process. After all, such stops are very problematic from the design office’s point of view – the solution-finding period is usually the time when the project stops until a solution is found and, what’s more, approved by those authorised to do so. This is very valuable time that is passing. Essentially, if a project is still standing, it is not generating any income.

The next stage was to select the right solution for the challenge.In this case, we performed 3D conceptual modeling, which allows us to see the risks associated with places not visible in the documentation just before creating the detailed design. It allows to have a chance to solve them and approve them (yes, I think that approval of solutions is usually a critical point for many design offices due to its time-consuming nature – but it is also necessary). Shifting this stage allows the problem-solving moment to be moved off the critical path of the project schedule on the timeline, and this happens due to the very early detection of difficulties.  In addition, by the time the project team reaches this point, the problem can be solved systemically and the changes made do not generate the costs associated with `Repairs post hoc’.

In approaching the design of the airport termial, the focus was on analysing the design of the elevation – the glass façade. With a fairly complicated geometry, the intersections of the figures were analysed, which presents many difficulties – it is extremely hard to visualise certain things that happen with this geometry using 2D documentation.These locations have been analysed in terms of solutions and production possibilities. Areas of high risk could be pointed out to the system manufacturer and the contractor.

Due to the specific nature of the structure, which is a concrete construction, the manufacturing accuracy and their tolerances had to be defined properly. In combination with the façade’s load-bearing structure and the nature of the profiles’ work, as well as the glass itself, an installation solution needed to be selected that included all risks.

The 3D model of the brackets was used to visualise the problems, and became the subject of discussion among the project team both internally and with the contractor. Thanks to the conceptual construction of the virtual mock-up, it was possible to see problems that were not apparent from the flat documentation level.

3D conceptual modeling, just before creating the executive design allows to see the risks associated with places not visible in the conceptual documentation and the opportunities to solve them, even before incurring the costs associated with the design and production. By analyzing the model in the early design phase, we can significantly reduce the costs related to later unexpected design changes and exclude a large part of the problems on site.

The approach to the airport terminal design focused on the analysis of the glass façade design. With a rather complex geometry, the intersections of the solids were analyzed. It is extremely difficult to visualize some of the problems that occur with this geometry using 2D documentation.

Due to the specific nature of the construction, it was possible to analyze different methods of façade installation, so as to take into account all the risks associated with the phenomena occurring during the execution of the building and the production of the façade itself.

This website uses cookies to improve your experience while you navigate through the website. Out of these, the cookies that are categorized as necessary are stored on your browser as they are essential for the working of basic functionalities of the website. We also use third-party cookies that help us analyze and understand how you use this website. These cookies will be stored in your browser only with your consent. You also have the option to opt-out of these cookies. But opting out of some of these cookies may affect your browsing experience.
Necessary Always Enabled
Necessary cookies are absolutely essential for the website to function properly. These cookies ensure basic functionalities and security features of the website, anonymously.
Functional
Functional cookies help to perform certain functionalities like sharing the content of the website on social media platforms, collect feedbacks, and other third-party features.
Performance
Performance cookies are used to understand and analyze the key performance indexes of the website which helps in delivering a better user experience for the visitors.
Analytics
Analytical cookies are used to understand how visitors interact with the website. These cookies help provide information on metrics the number of visitors, bounce rate, traffic source, etc.
Advertisement
Advertisement cookies are used to provide visitors with relevant ads and marketing campaigns. These cookies track visitors across websites and collect information to provide customized ads.
Others
Other uncategorized cookies are those that are being analyzed and have not been classified into a category as yet.
SAVE & ACCEPT